The instrument pictured here is an eighteenth century Tromba Marina (trumpet marine) copied from an instrument by Sebastien Renault, which is now in the Instrument Museum of the Royal College of Music in London. The Tromba Marina is a bowed monochord that is played entirely with harmonics. The sound as suggested by its name is remarkably similar to that of a natural trumpet and at a distance it would be difficult to distinguish between the two!

The instrument’s brassy, buzzy sound is created by means of a bridge that has two feet, one of which is free to vibrate against the front of the instrument. This vibration can be regulated by means of an adjustment string, called the Guidon, when when adjusted increases the volume of the instrument. This particular instrument is also equipped with 22 sympathetic strings made of brass that run down the entire length of the body. These are all tuned to the same note as the gut string and because only harmonics are played on the bowed string they will vibrate sympathetically when any note is played.

I have made the seven sided body of this instrument from English cherry with ebony lines between each. The front is spruce with a parchment rose in the centre and the decorative bandings are made of alternate pieces of ebony and holly. 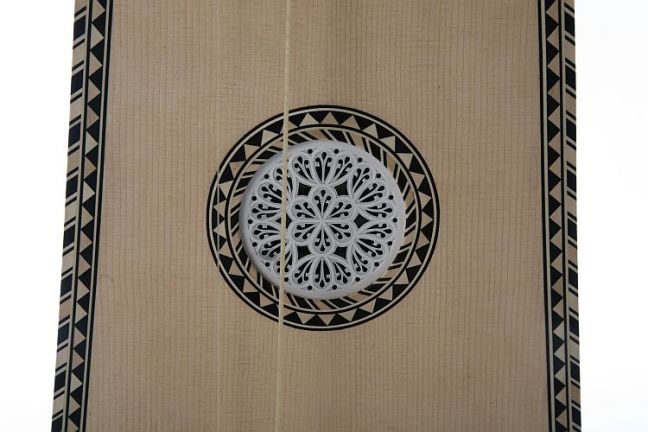 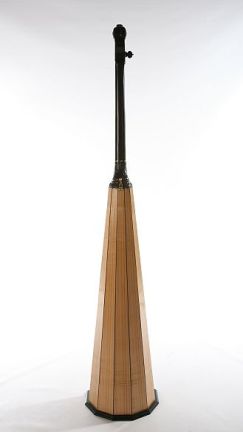 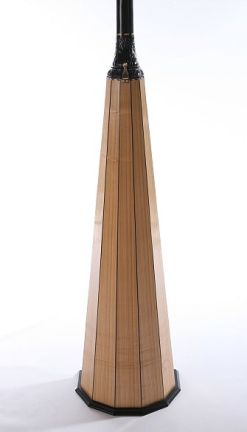 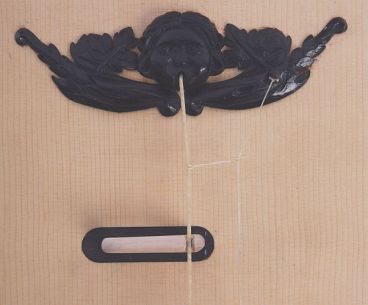 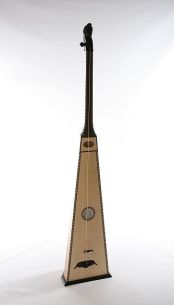 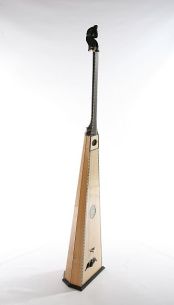 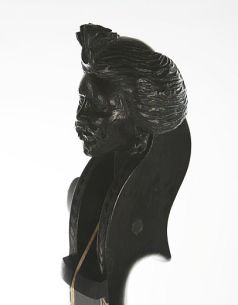 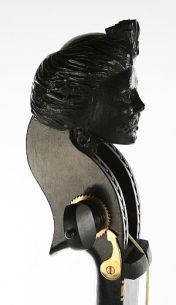 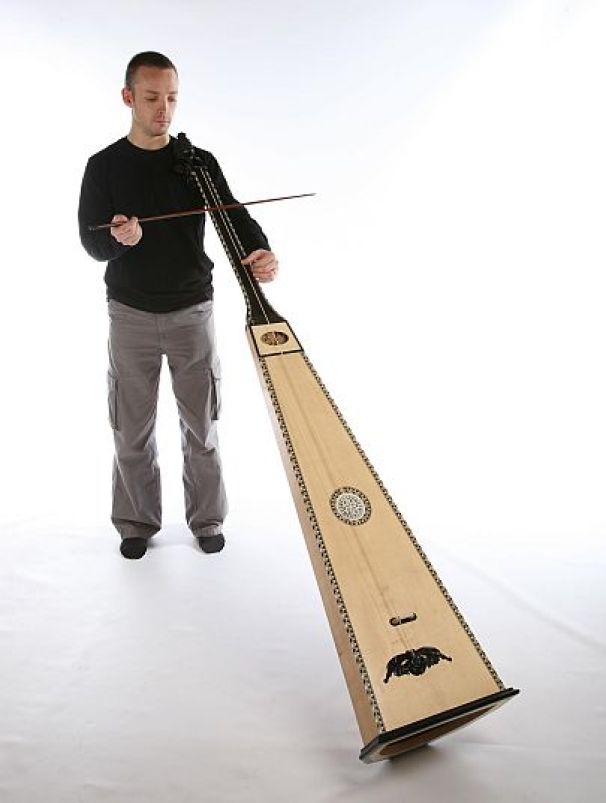 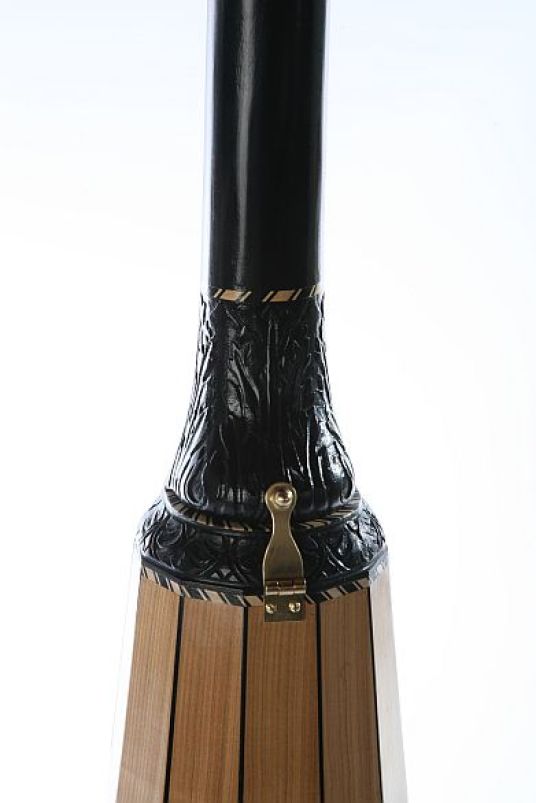