These instruments are based on an original now in the Victoria and Albert Museum by Jacques Du Mensil made in 1647. The instruments pictured here have maple bodies with ebony/snakewood fittings.

I receive many questions about pochettes – answers to common questions are below!

You can also buy plans and pegs for these instruments so you can make your own! Scroll down for details. 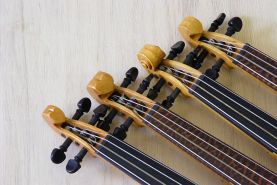 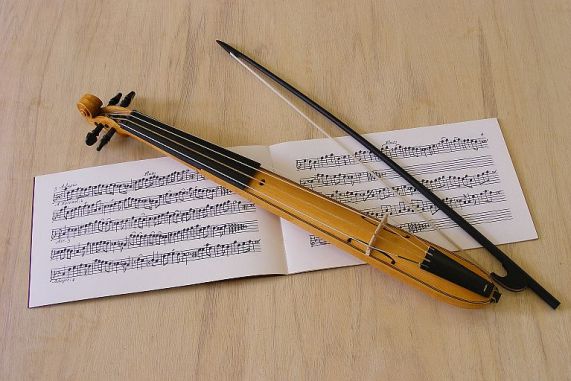 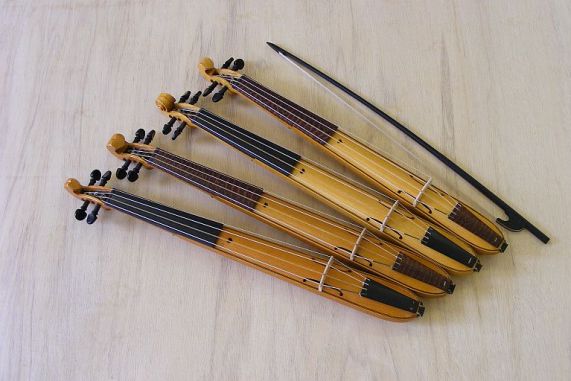 What is a pochette?

Pochettes (sometimes called ‘Kits’ or ‘Kit violins’) were used by dancing masters in the 17th-19th centuries, principally as a tool to assist them in teaching their pupils. Lessons would have been on a one-to-one basis and in a private room. The dancing master would first teach his pupil the steps, and then take his pochette from his pocket (hence the name) and play while the pupil danced. The quality of music played by the dancing masters may not necessarily have been very high, but this was not really the intention. In fact, they were as much a status symbol as they were a musical instrument: the majority of surviving examples are richly decorated and made of precious materials including ivory, tortoise shell, ebony and/or inlaid with precious stones silver or gold. There are also accounts of them being played by professional musicians to a high standard, but they were principally a tool of the dancing masters.

Pochettes were made, for the most part, in two varieties. One was like the instruments pictured above – a boat shape, usually with a ribbed back like a lute (although commonly carved from one piece of wood). The other variety had a body like that of a violin but very much smaller (these are more commonly known as ‘kits’).

Pochettes come in various sizes but most were small enough to be held in a large jacket pocket. The total length of the ones that I make and are pictured here are 42 cm (16.5″) with a string length of 24.5 cm (9.75″).

Pochettes are tuned in the same way as violins, in that the strings are all a fifth apart. However, because of the small size the whole instrument is typically a fourth above a violin, making it one octave higher than a viola. Some smaller instruments would have been tuned one octave above a violin and some bigger ones the same as a violin.

Pochettes were never designed to make a loud noise because of their main use being in a private setting They have a very small sound box and soundboard and do not always have a bass bar or soundpost. It would be fair to say that they sound like a violin but much quieter.

Pochettes are too small to be held under the chin – your bow would be far too close to your face if you did. Instead, they were held against your lower ribs and bowed as a violin. Generally, you would not need to shift into a higher left hand position because the vast majority of the dance music would not have required it.

What kind of bow did they use?

Bows were essentially the same as violin bows of the period and the ones I make (shown here) are the same length as the instrument, are made of ebony and have a simple clip in frog.

Who plays them now?

I have sold pochettes to period dancers, collectors, folk musicians, and people who simply just can’t resist their charming appeal. 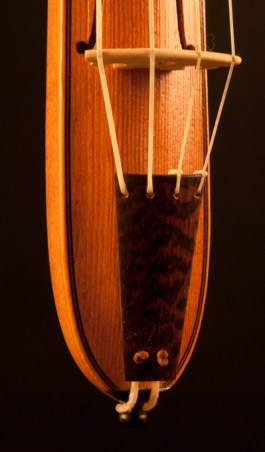 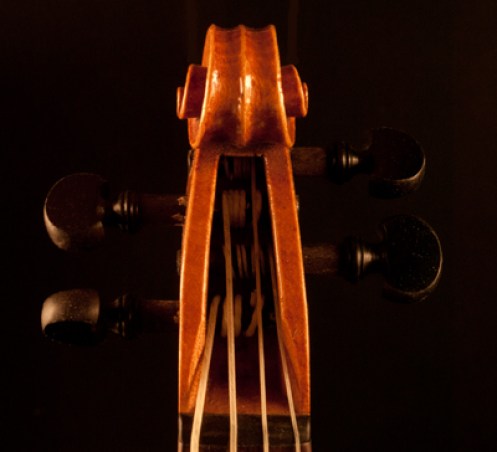 I am also often asked about where to obtain plans for pochettes and, as a result, have produced a set that is available to purchase. The drawing includes all the necessary details to construct a pochette like the ones pictured here and I also include an information sheet with suggestions of wood and strings to use.

Plans cost £45 which includes worldwide postage & packing.
They will arrive rolled in a postage tube.

Also available; pochette pegs in boxwood or ebony. Not everyone has a lathe or is keen to turn such tiny pegs so I’m often asked where to source them. Well, now you can buy them here.

Pegs are £38 per set of four in either boxwood or ebony. Purchase them with the plans for an extra discount. 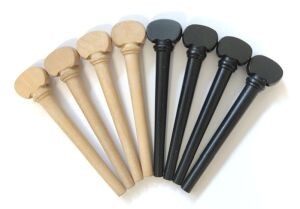