The Baroque baryton is principally a self-accompanying, solo instrument with its plucked strings tuned one octave below those of the more familiar classical instrument. The plucked strings provide a bass line accompaniment to the bowed gut strings which are tuned in the manner of a lute: A, d, f/f#, a, d’, f’. Instruments that survive from the 17th century mostly have 9 or 10 wire strings that are tuned with wrest pins set into the bridge. However, contemporary sources mention instruments with up to 18 wire strings, including some with a third manual of strings to the left of the fingerboard. The instrument pictured here has 16 strings, enabling much of the repertoire to be played without having to re-tune too often.

The body of this instrument is copied from an instrument by Hans Kögel (Vienna, 1679), which is also very similar to one by Magnus Felden (Vienna, 1656) that is now in the Royal College of Music Instrument Museum in London. The neck is to my own design and the figure sitting on the peg box is from an instrument in the Victoria & Albert museum by Jacques Sainprae (c. 1720).

I would be happy to work on instruments with more plucked/sympathetic strings, including those with a third manual too. 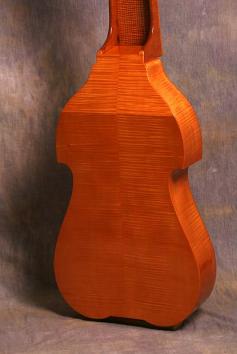 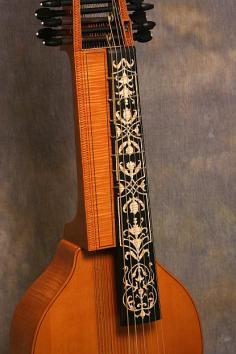 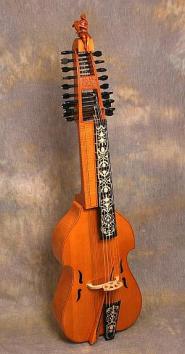 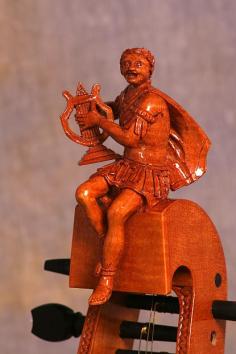 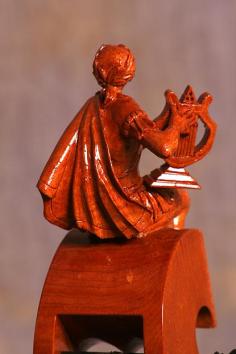 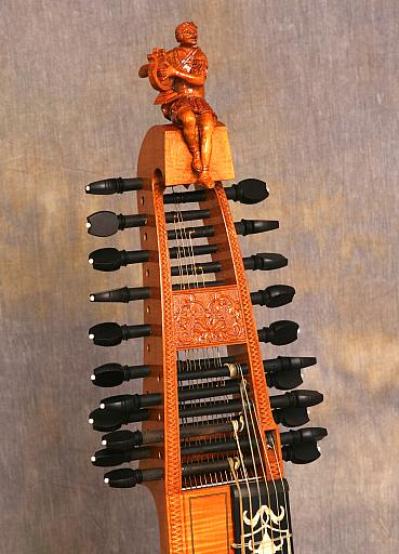 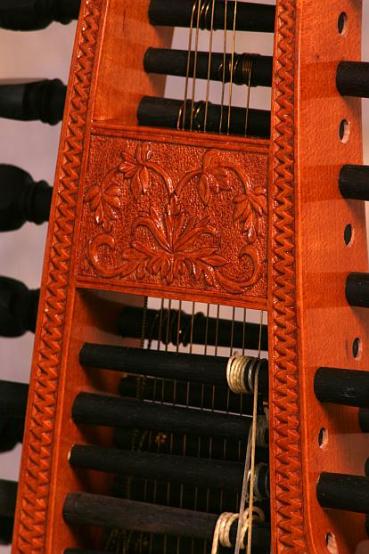 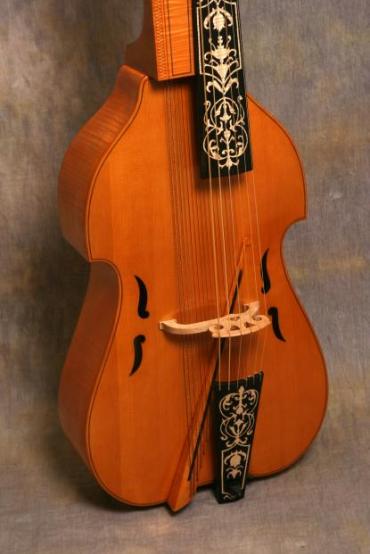